The meeting will be run over 20 heats and 2 Finals with 4 riders in each heat and final over four laps.
A qualifier will be held on the March 27, with the top eight joining the seeded riders on the Saturday for the championship race.

Motorcycling Australia Events Manager, Sam Redfern said the release of the fields to compete in the championship would see the best go into battle.

“Australia has produced some of the best sidecar talent in the world including 11-time Australian champion Darrin Treloar and rival Warren Monson, and we are sure the field will be keen to make their own history at Mildura,” she said.

“This is a fantastic field of Australian talent which will guarantee spectators see some of the best racing of the year,” Mr Golding said.

“The depth of nominations received for the 2020 Championship was very high, which made the draw very tough and the quality of riders and passengers to pick from was very impressive, and we are no doubt locked in for a thrilling 2020 Championship.” 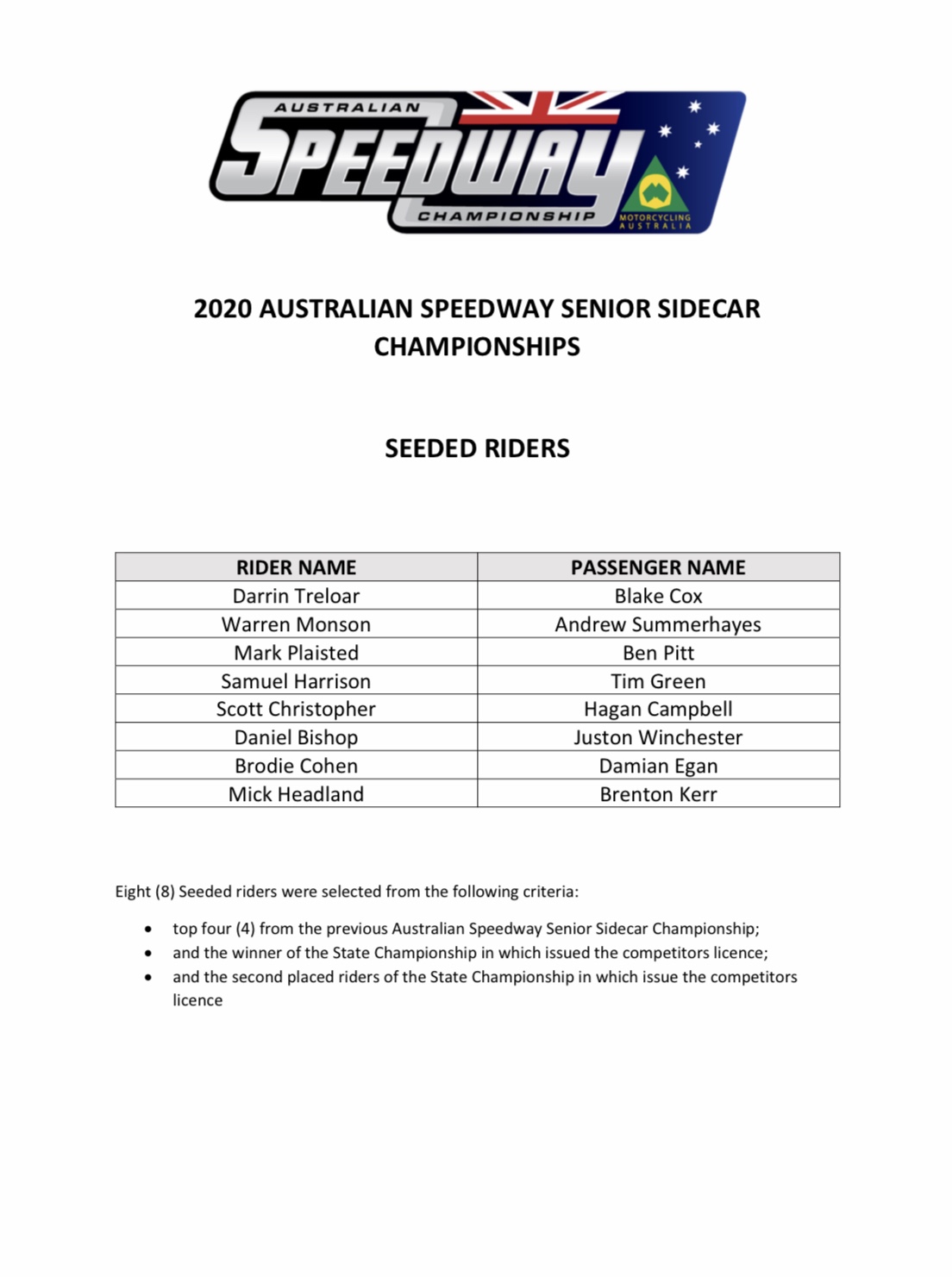 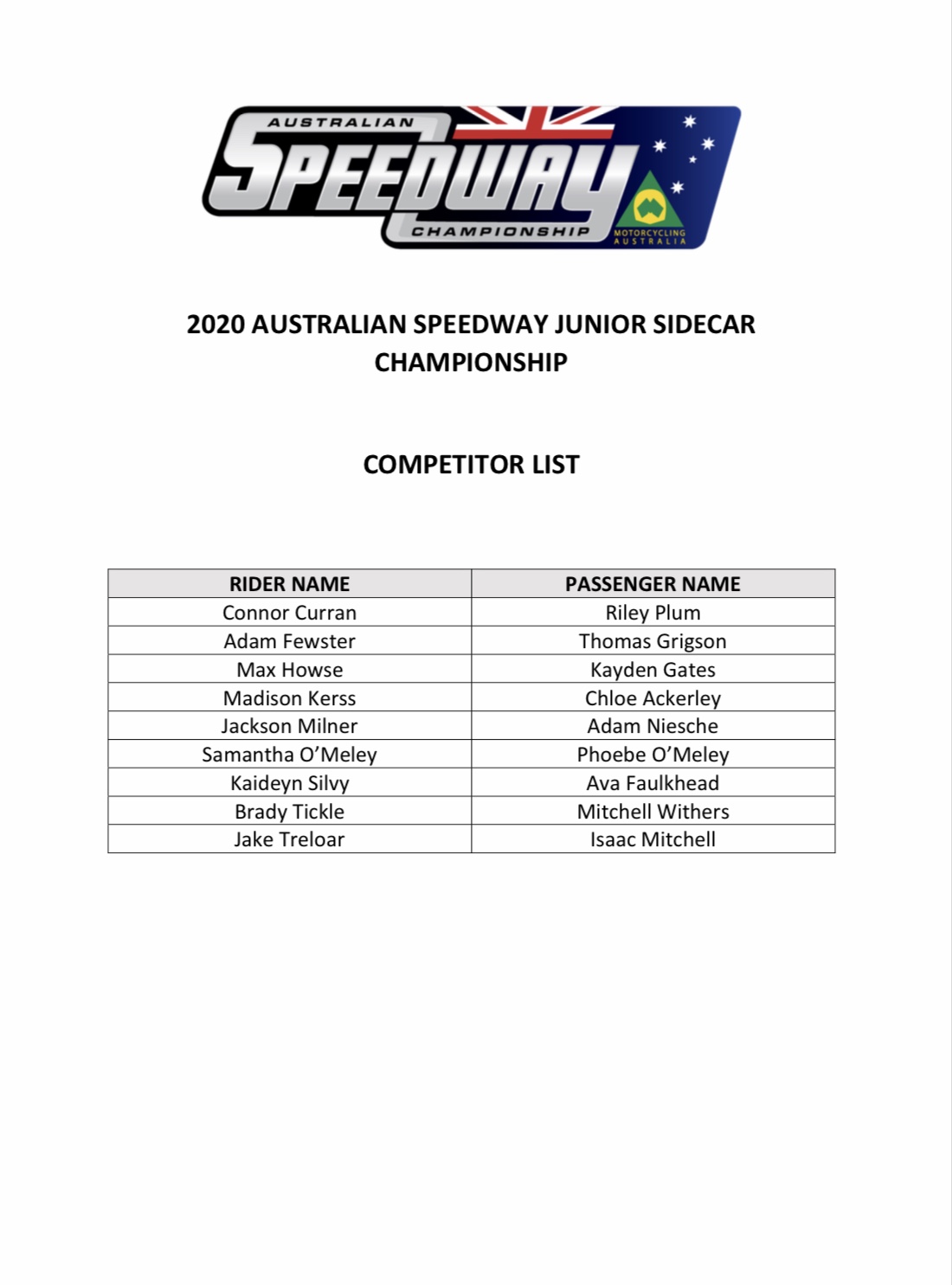