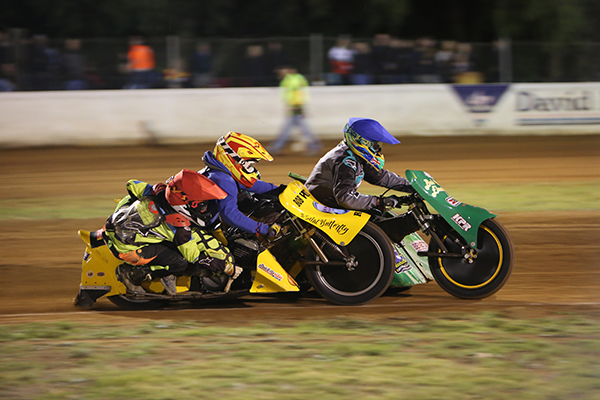 The 2019 Australian U16 Speedway Sidecar Championship will run alongside the seniors on Sunday from 6:30PM!

All riders, both senior and under 16’s must note that practice will be run only on Saturday 20th April from 4:30PM, before the Qualifiers for the 2019 Australian Senior Speedway Sidecar Championship.

Nominations will only be accepted if completed and received online via Ridernet. All nominations close on Thursday 21st March at 4:45PM (AEDT)!

To download the Supplementary Regulations and complete your nomination, please click here and head to the Speedway section.