Holder Wins Round 2 At Mildura

Round 2 of the 2019 Australian Senior Solo Speedway Championship left no room for disappointment at Olympic Park Speedway Mildura, yesterday evening. Gaining momentum after Round 1 where he placed third on the podium, Chris Holder left his rivals chewing the dust as he took out first place for Round 2.

Hosted by the Mildura Motorcycle Club at the Olympic Park Speedway Mildura, Victoria, Round 2 gave spectators an unforgettable show, with riders including Max Fricke, Jaimon Lidsey and Jack Holder retiring during one of their heats!

Lidsey unfortunately couldn’t maintain his position in the top six for Round 2, sliding back to 12thposition and scoring a total of five points. Taking out sixth position instead during yesterday’s racing was Sam Masters, who started off his first three heats strong taking out two wins and a second-place finish, however the momentum appeared to slow as the heats progressed and Masters finished his remaining two heats with two third places. Masters ended the evening taking out third place in the B Final, scoring a total of 10 points overall. Ahead of Masters in fifth place for Round 2 was Jack Holder, who like Masters scored a total of 10 points overall. Holder clinched two wins and two second places during his heats, but retired from his second heat of the night which decreased his overall score. Holder also succeeded in reaching the B Final, taking out second place behind Brady Kurtz.

Kurtz started off Round 2 quietly, taking out second place in his first two heats, but found his feet as the racing progressed to take out first place in his final two heats! Kurtz then kept the likes of Ryan Douglas, Jack Holder and Masters at bay to take out top position in the B Final, qualifying to race in the A Final. Up against the likes of Max Fricke, Rohan Tungate and Chris Holder, Kurtz finished the race and Round 2 in fourth, scoring a total of 12 points. 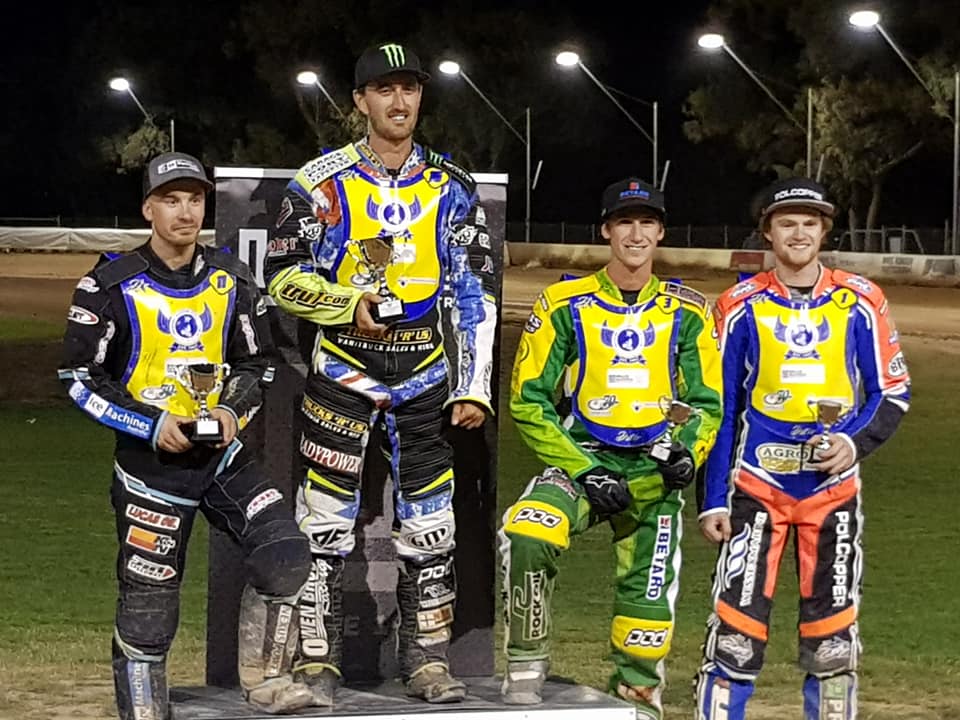 After a fantastic start to the Championship in Round 1, Max Fricke dropped to third position overall in Round 2, scoring a total of 13 points. Fricke retired from one heat but dominated in the four remaining heats with three wins and one second place. His strength on the circuit was impressive and accordingly earnt him a place in the A Final, where he finished the race in third. Taking home the silver for Round 2 was Tungate, who scored a total of 14 points. Tungate, who took out second place overall for Round 1 as well, won three of his heats, and finished his remaining heat with a second and fourth. Tungate’s efforts qualified him into the A Final, where he tussled with Chris Holder for top position, but unfortunately fell short and finished the race in second place.

Clinching top position and cementing his campaign to be crowned the 2019 Australian Champion was Chris Holder, whose efforts yesterday were nothing short of spectacular. With a staggering total of 18 points, Holder won four of his five heats, and took out first place in the A Final against a star-studded line-up!

“My memories of Undera aren’t entirely positive especially considering that I broke my wrist last time we were there, but I have won a round there previously! Undera is a small track and it’s tough racing, so starts are really important! But my starts today have been really good so I’m looking forward to it!

“I definitely am working to get myself into the Grand Prix, but coming back into racing you do a lot of miles. You want to win something but top three would also be good. But, I’m not looking too far ahead, instead I’d just like to enjoy myself and get back into racing!

“More than half of the riders out on the field are contenders for the Championship and any of them have the ability to upset the competition and take out a few vital wins.

“You can’t count anybody out so instead you just have to concentrate on getting into the finals!” highlighted Holder. 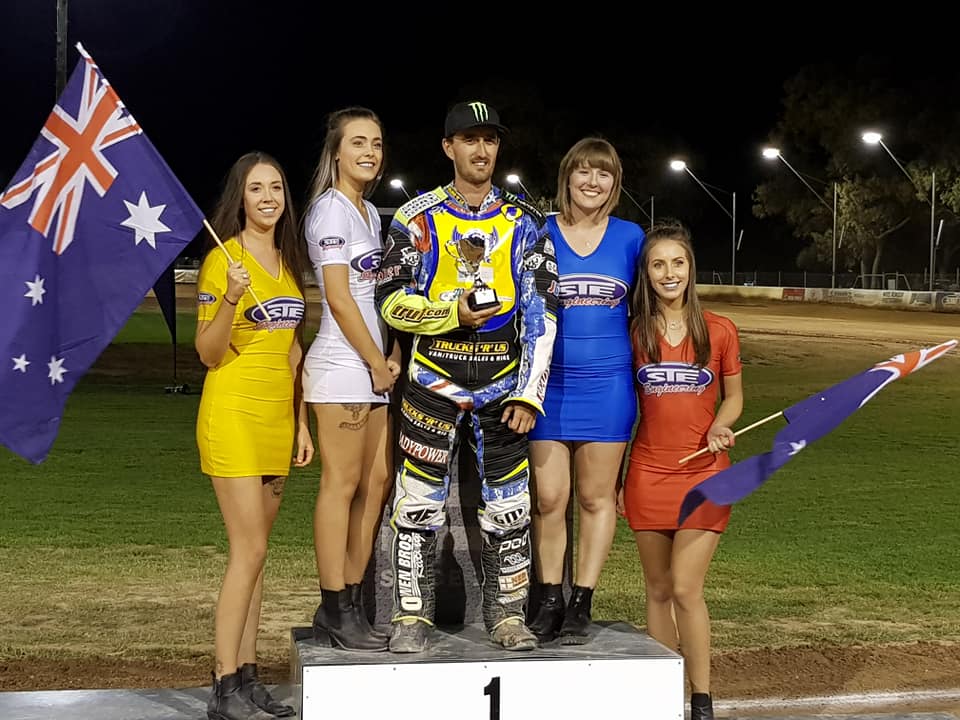 After two rounds of the 2019 Championship, Fricke, Chris Holder and Tungate sit on 30 points each, and with three rounds remaining, the pressure to separate yourself from the pack is beginning to rise!

Teams and fans now travel slightly South to Undera Park Speedway, Victoria for Round 3 of the Championship, on January 7.